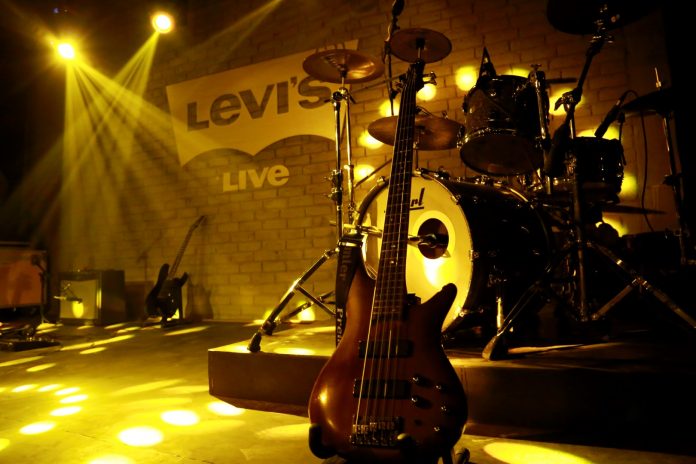 I have always been ,and always will be, an avid fan of live music because it has a feel of its own. It creates a space of its own and takes you on a journey unmatched. Its really sad to see that live jamming sessions hardly ever take place in Pakistan where the talent is immense but opportunities so less. While we are at it, let me introduce you to Levi’s Live, a venture of Farhad Hamayun together with Levi’s and Native Rock to bring back that live music.

With a total of 8 sessions, finally the first spell came to an end this January 2018 and

honestly, I am already looking forward to their 2nd spell that starts in March this year. Taking place in Roit Studios, every session of  Levi’s Live has been an experience in its own. While they brought many new people to stage, they also gave us a trip down the memory lane with our all time favorites with their songs that we have grown up singing. The live sessions have featured performances by Mustafa Zahid (Roxen), Keeray Makoray, Rizwan Anwar, Jal, Shiraz Uppal, Ammar Farooki, Uzair Jaswal, Diane Desobeau, Abdullah Qureshi, Maria Unera, Farhad Humayun, Bayaan, Noorzadeh Raja, Rakae Jamil, Bilal Khan, Noori- the band, Salman Albert, one of the founding member of E.P and Farhan Saeed to name a few, while the last session closed with epic and unconventional performances by Taimur Salahudin aka Moroo, Mughal-e-funk and Shorbanoor.

Opened by Shorbanoor with some amazing English numbers that would definitely get you swaying, session 8 was an eve full of surprises ,that too in a very delightful way . When Moroo took stage ,it was simply obvious that how much seasoned singers we have with an element of originality peaking right through from the lyrics to compositions to performing it live in front of the audience. However, the highlight of the session has had to be Mughal e Funk , a very fresh and unconventional band ,who have a rather modern take on classical music . From pure instrumentals to some well versed songs , they were a absolute delight to our ears .

Attended by music enthusiasts, every session had been a roaring success and the jamming sessions after the performances was something I personally loved the most. Its always a pleasure to watch your favorite singers and musicians come together and jam in their own zones that gives a perfect insight to what music means to them.

As much as its a pleasure for the the music enthusiats  to listen to live music, its also an

amazing opportunity for the performers to mingle with their audience and get to know their feedback first hand. I personally think nothing boosts your morale more that a crowd cheering for you right in front of you. It won’t be an understatement if I say that all an artist thrives on is appreciation of their work. I absolutely love this collaborative venture by Farhad Hamayun, Levi’s and Native Rock that is  bridging the gaps between the audience and the performers and making live music a delight to hear once again.

Also, if you haven’t been to levis live, worry not because sources tell us that all sessions would be going up online pretty soon and then you can see what I was talking about! Also you can follow the hashtags #levislive and #liveinlevis on your social media to get a glimpse of all the sessions held.

“It’s actually a totally different character to what I have played before”In conversation with...