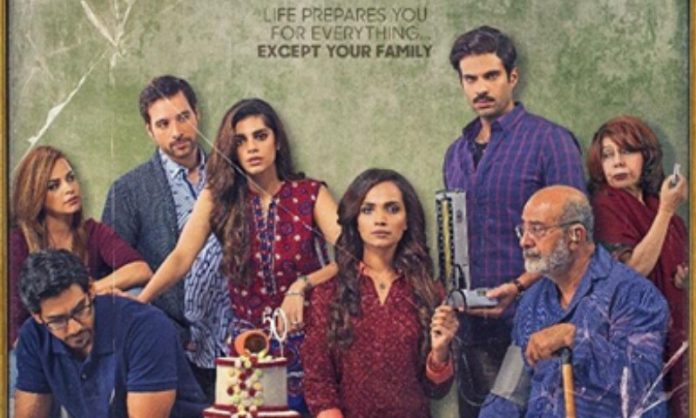 I don’t remember the last time a Pakistani movie intrigued me enough before its release that I went out to watch it the earliest show possible ( with my own money , of course ). But this streak finally came to an end as I was standing at the box office getting tickets for Cake -the movie as soon as it came out .

Sanam Saeed and Aamina Sheikh starrer “Cake” revolves around a Sindhi Landlord’s family currently residing in Karachi where the older daughter Zareen ( Amina Sheikh) has taken up the task of looking after her ill parents and all the financial and legals matters of the family while her younger sister Zara ( Sanam Saeed ) and older brother Zain ( Faris Khalid) live abroad fulfilling their dreams . The story unfold layer by layer showing how diverse but closely knit the family bonds are . There is bitterness , love , drama and emotions all knit together , where there is clear sibling rivalry & jealousy going on , there is also an innate urge to protect them too . 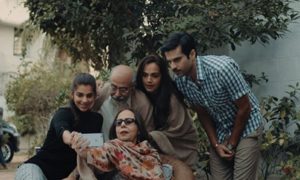 upon in a way that weren’t over the top screaming for attention but were highlighted enough to grasp the attention of the audience . The delicate matter of interfaith relations , the dependency and expectations of aging parents and the slowly breaking down under pressure of sole caregiver in a family were few of the things that were totally heart touching and kudos the director Asim Abasi for bringing these matters to attention in such a phenomenal way. It was refreshing to see something that wasn’t a run of the mill ,dance number laden ,teenage romantic drama that ended up with a happily ever after. Rather it was something that you might make you feel the depth of emotions in a very ordinary family , shown in a very ordinary way yet being felt across the screen.

Performance wise I would say all of the cast did a phenomenal job but for me  Amina Sheikh as Zara take the Cake for sure . The spontaneity of her expressions and her vocal prowess was something that you rarely see on the big screen .  Beo Ranna Zafar as Ama makes you fall in love with her character as soon as it appears on the screen , and you start to miss her presence as soon as she goes mute on the screen ( Spoiler ) . At that point you know how much each person is equally important in that family. Mohammad Ahmed as Aba is a lovable character who goes to his last limits to protect his family and daughter and even sacrifices his own principles for their sake . Adnan Malik as the calm, quiet Romeo keeps on melting your hearts in the few scenes he appears and makes you fall in love with his character all together.

While the movie is conceptualized so beautifully , the execution felt quite flawed at times. The story felt flat most of the times, even at the points of emotional hiatus and where the biggest secrets of family are being revealed , you feel the intensity and electricity of th

e moment to just miss the mark . There are moments where you just can’t get the emotion right through the screen because of the flatness of the whole scene. Even though the background scores are done beautifully but at times they alone aren’t enough to set the mood right for that particular. Also the number of loose ends that in the movie are some what frustrating (at least for me ) . The reason for Romeo’s unwavering loyalty to the  family , the sudden stroke that takes down Ama, her obsession with wigs and old Bollywood songs , the mellow character of Shehryar who seems to appear everywhere and many more things in the movie are left to our imagination and I don’t know how I exactly feel about that .

However , a special mention goes out the closing scene of the movie with rain and Aba drenching in it ,is something you wouldn’t want miss for anything ! The strong emotions you feel in that one particular scene overpower the whole movie and I am not even exaggerating. You can feel the longing of loved ones and the grief of loss right through the screen. Do watch that scene if not the whole movie , trust me its shot to perfection!

Its a very different kind of movie ,specially when it comes to Pakistani cinema where the audience is inclined more towards movies that give them colorful entertainment with so 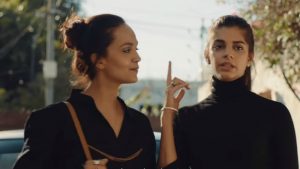 me kick ass moves on deafening dance numbers, Cake is a more of a serious ,subject matter movie that has it moments of both laughter and sadness , where you feel connected and lost at the same time and where you see your family as your best friend and  enemy at the same time . It might not be a Cake of everyone’s taste but there will definitely be at least one layer of it that would resonate with everyone for sure !