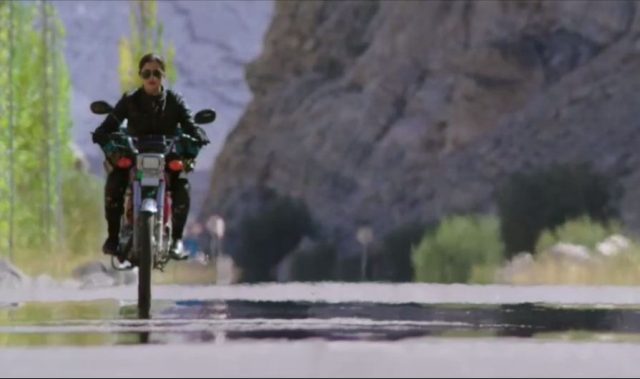 With almost all big releases scheduled for the Eid Ul Fitar and everyone rooting for them,  we hardly have any movie releasing these days which makes me kind of sad. But one thing is for sure that finally Pakistani film industry is over the period of infancy and people are actually trying to get out films that highlight social issues or talk about real life events in a visually appealing way that masses are actually accepting. I feel like with the industry,  the audience has also matured over time to accept that there can be a good movie like cake and now Motorcycle Girl ,without masala, item numbers and drama. There can be a movie about family that you can relate to or even something like an ordinary person achieving the impossible.

Talking about Motorcycle Girl ,I couldn’t be less proud to say that it came out of a juvenile industry like ours. Usually we dwell on the fact that a biopic can only be a dull narration of events in a person’s life and that is going to be just one bland thing to be put on the big screen. May be a short film to be put on TV but cinema, it isn’t something that you would like to be paying for.

Now without any further adieu on to the Motorcycle Girl. Directed by  Adnan Sarwar ,the 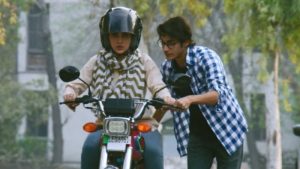 story is of Lahore based Motorcycle Rider Zenith Irfan who rode all the way from Lahore to Khunjrab Pass as a homage to her father’s dream. It takes into account the reasons as to why she took on riding motor bikes,how the society and her family reacted, what made her think of taking the journey and basically everything that she went through . Its a story of an ordinary person like you and me, who went on to do something extraordinary and achieved it.

Now as it might feel like nothing exciting but you have to give it to the team who molded the story to fit the bigger screen perfectly with picturesque details of Lahore, intelligently placed background scores and larger than life capturing of the whole journey to Khunjrab Pass. We aren’t used to seeing the beauty of the northern areas in cinema in such a vast scope but the way Adnan sarwar picturized the whole road trip, it actually takes you along and if you have been through the route, you would actually be reliving your memories with this movie.

Sohai Ali Abroo as Zenith is a perfect pick and no one can can deny that. She fits perfectly in the persona of an ordinary girl, struggling through life, balancing between work and developing family pressures and also the matters of the heart. Wouldn’t say there was a place where you felt this isn’t her story, because she has actually lived the character and made it so believable that might make you wonder if it isn’t her story afterall.

The supporting cast is a well thought out one and has some of the best people out there. Sarmad Khoosat as the finicky boss, Daniyal Raheel as the cocky co-worker, Samina 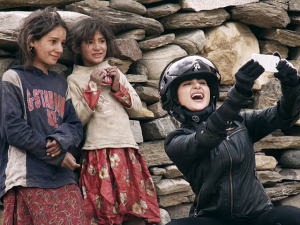 Peerzada as the supportive mother and of course Ali Kazmi as the confused Fiance, are very much believable and you wouldn’t think anyone could have done it better .

While we are at it, I would say there were times when you would sit there and wait for a sequence to finish as it would drag a bit longer than required.The editing could have been a bit more crisp and drag could have been reduced  but you would see a major growth in Adnan Sarwar’s directorial capabilities as compared to his previous movie Shah. He has done a phenomenal job in capturing the essence of the whole story and turning it into an extraordinary tale of self realization and personal growth that defies all odds set by our society.

You would cringe at the scenes of the stares that she gets when she rides the bike on the roads ,the way he finance confronts her ,you would be teary eyed when her mother sends her off with prayers and you would definitely want to beat the crap out of her douchebag of a coworker. That’s how beautifully the emotions are captured by Adnan Sarwar that you can feel them across the screen with same fervor. 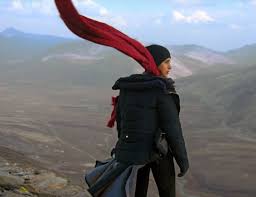 growth and evolution of an individual to break all barriers and defy all odds. However we can safely say Pahiya has to be our favorite and has definite repeat value to pump up your spirits whenever you are low.

Motorcycle Girl is one movie I went in to watch with alot of hope and came back with a double of it. This movie is going to break all stereotypes of the society and the film industry .It’s one movie I can’t stress enough for you go watch with your family and friends just for the feel of it. The struggle, the societal patriarchy and the trip to the north is what this is movie revolves around and its definitely worth a watch .