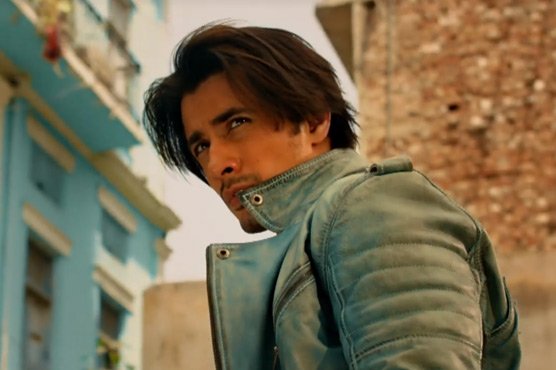 When we talk about Pakistani music one of the few names that come in our minds is Ali Zafar. The iconic musician gave us some of the most played songs in our play list like Channo, Rangeen and Sun ley Sajaniya , is now all set to release his debut Pakistani movie Teefa in Trouble. Taking the chance, we sat down with this multi talented young man to know more about his debut movie and the idea behind it

1. Why Teefa in Trouble as a start of your Lollywood career? Since you aren’t new to movies and have done quite a few projects abroad, we are curious that is this movie THAT good to make your debut here.

First of all, I don’t believe in the word Lollywood, rather I would call it Pakistan Film Industry. I think now its high time that we start working on our own industry to bring the name it deserves. Since Teefa in Trouble is my home production, you know what areas you should be paying special attention to make a movie that is as good as the Hollywood movies that we can proudly present to the world. Also I have full faith in my director Ahsan Rahim. We have been working on many projects together like channo, sun le sajaniya and many more, so I know how he handles a story and presents it in an amazing way that is appealing to the audience.

2. Having worked in bollywood which is a well established industry, while ours is still struggling, how much difference you felt during this project.

Since our industry is still in a very initial stages of development so whatever you want to do is something you need to teach it first. Being someone who has gone through the process, I feel responsible to bring all that I have learnt through my foreign exposure to Pakistan now and bring those standards here in our industry as well, so that when they go and make a movie of their own, they have their basics right.

3. Starting off with music, venturing into dramas and now its silver screen, which genre you feel most connected to and why?

Music. No matter what I do, the feeling of making music in my studio is surreal.

4. From the trialer, Teefa in Trouble looks like having some action packed scenes, how easy or difficult you found them to be done.

It was pre deicided that whatever action sequence will be in the movie, will be done by me. The main hurdle that I faced was the start of training where my wrist was fractured but it was a goal in my head so I had to do it. So now when you’ll see it in the cinema you will see the difference.

5. One reason why we should go to cinema and watch Teefa in Trouble?

I’ll tell you one reason why NOT to watch it. Don’t watch it to support Pakistani cinema, don’t go just to watch just because you feel it an obligation. Go with your family and friends, go to be entertained and laugh and enjoy with your loved ones.

6. Now that you have Yash Raj films on board with you as international distributor, do you feel that there is a chance that our movies would be releasing across border too?

InshAllah that’s the plan. With time everything will unfold.

7. The trailer is amazing, the music is foot tapping but what concerns us is the story since that’s what we lack lately in our movies. Do you think you have a strong narrative and execuion of the ideas to make it a successful movie? 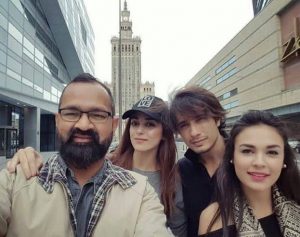 years to polish the story and draft it before we took it to sets. So I am happy that we have worked on it for a good time.

8. We have some amazing actresses in our industry who are giving amazing movies, then why Maya Ali for your first project while its hers first too?

I would say Maya was made for this role that we had penned down or may be this role was written for her. We went through auditions, tried different options but it had to be her in the end.

9. Where is the Post production done for the movie?

The post production has been done in Turkey. Its a very multi national kind of movie where its been shot in Lahore, Poland and Bangkok. The VFX is done in India. The international release is by Yash Raj Films just because we wanted that international standards.

10. Since the Elections are just around the corner and the release date is 20th July. Don’t you think this politically unstable conditions might effect the release of the movie?

I don’t think the elections are going to effect the release and whatever happens Teefa is  coming out victorious.

11. Will we be seeing more movies after Teefa in Trouble? Are there any other project in the pipeline that we look out for?

This is my first movie and as long as people are loving it, I will keep on making movies. 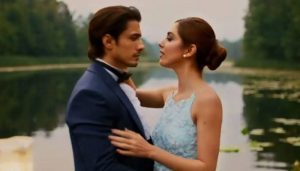