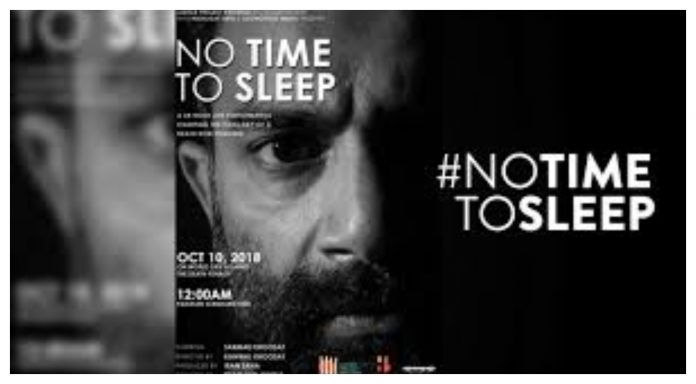 In the world of theatrics, we rarely know people who come up with something substantial, substantial enough to keep the whole nation in grip for a whole 24 hours straight, also goes up on a live stream throughout the world. While this might sound like an odd idea that what can be engaging enough to be streamed for 24 hours, Sarmad Sultan Khoosat has done it, or should we say done it once again. In Pakistani theater and television, Khoosat’s name needs no introduction, from comic to bone chilling performances, this man is an institute in himself.
Recently while he gave a floor smashing performance in Jhanjhar di Pawan Jhankar ( read our review HERE ) once again he left us with goosebumps with his venture NO TIME TO SLEEP.

The performance being live streamed throughout the world, there is a certain rawness and a bone chilling realness in it. 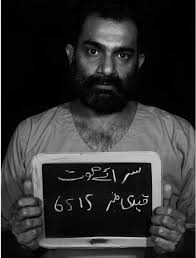 The quite of the cell, and one person awaiting his imminent death give you shudders, while we live in cocoon of the unknown, a man is counting hours till his death. As unnerving the whole concept is, khoosat makes it so much real that you are in awe of his realness, enough to make you forget for a while that it is staged. If the final moments with the family don’t make you uncomfortable and shift in your seat, I have no idea what else could be more upsetting for you ! 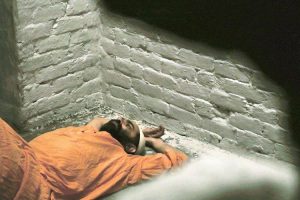 Absolutely amazing, one of its kind performance by Sarmad Khoosat and everyone else who played a part in this play. The way it was executed is absolutely commendable and of course Sarmad Khoosat’s mattel cannot be challenged. If you haven’t watched it before, we urge you to go search it and watch it. The rawness of the whole narrative is a necessary eye opener for us as a nation where the real convicts roam openly while the innocents get death penalities!