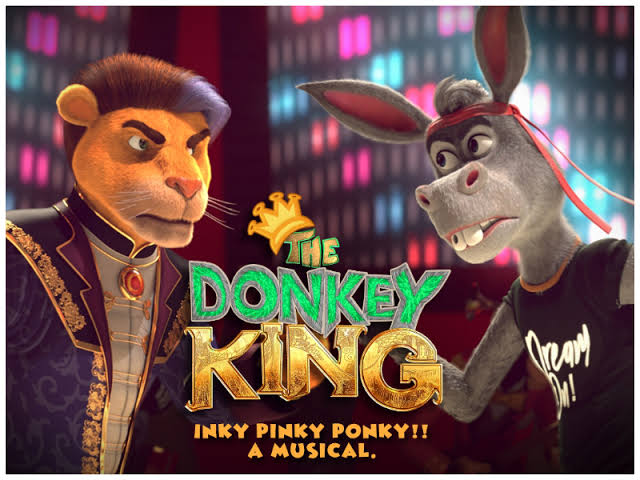 With Pakistani cinema expanding its horizons and experimenting with different generes, animated movies particularly focusing on catering the little ones has a long way to go. With some amazing animated movies like Allahyar and the legend of Markhor (read our Review HERE) and the 3 Bahadur series, it has really set the bar high for future. Right now DONKEY KING is running in the cinemas, quite successfully (may be), we are quite appalled at the concept and its execution.

Donkey King is a story of Azadnagar, a forest area populated by animals of all kinds with lion as their king. As the king approaches his retirement, the cunning fox brings in the topic of Democracy and as a result Mangu, the donkey becomes the king. The story further takes you to how the donkey’s reign makes everything go wrong and then finally everything gets better.
Even though the plot seems pretty fine in narration, the execution of the idea is just wrong on so many levels! Yes you heard it, the quality of animation and the promos got us all excited but as soon as it started, it became harder to digest. When you claim a movie to be for children of all ages, you 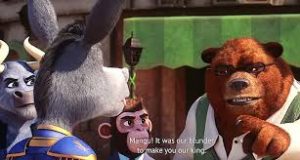 better cater to all your viewers!  As much as I hate to say this, this movie is nothing but a politicised drama that takes inspirations from the current political scenario of the country with a heavy influence of bollywood.
A children’s movie is supposed to be fun, happy and soft, a movie from which they can take home some good things. While the animations and characterization was top notch without a doubt, the voice over done perfectly, it was the story that was the major flaw. With continuous references to bollywood movies where you see the female donkey running towards mangu on a train, or you see a giraffe hosting the Crorepati show, it instantly hits you where it’s all coming from. According to my experience, the movie failed miserably in catching the attention of the younger audience, also of the more mature audience who aren’t much of a fan of politically relatable movies, because hey already enough with the drama on TV, we are for something else in the cinema I mean!

To be honest, Donkey King has to be one of the most disappointing movies we have seen till date. With nothing to offer but a dragged storyline, heavy political 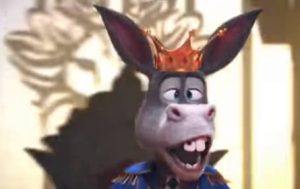 resemblance, putting forward social evils like making fun of transgenders as something funny and use of Bollywood references every now and then, made it a total NO-NO for us! Needless to say but still making it clear that we totally do not recommend watching this movie, especially if you are planning to take your little ones along. If you are someone who likes politics in everything, please be my guest and enjoy the uncanny similarities!