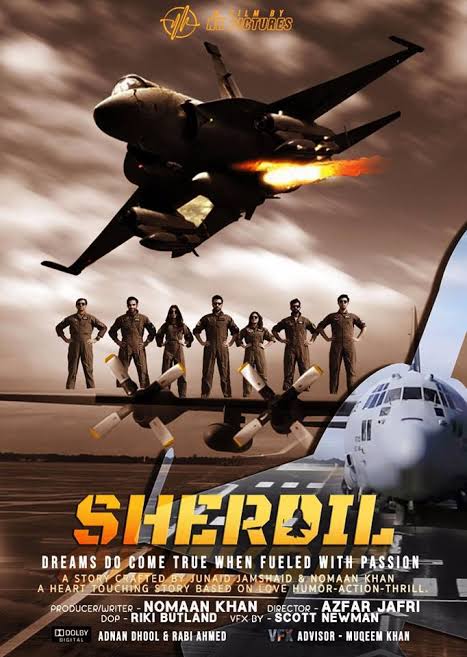 OIf you are making a movie in Pakistan and you want it to be successful, either make a rom-com or a patriotic one. With the recent tensions with the neighbouring country, people already were all about patriotism and what better time to release a movie that talks about it! “Sherdil” came out on 29th March and today it is what we are talking about. 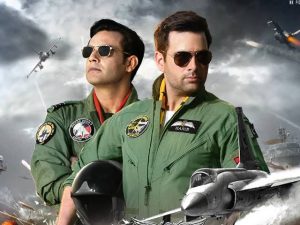 Sherdil is a story of Haris ( Mikal Zulfiqar), Grandson of a Veteran airforce officer who aspires to be like him while his father opposes his choice. During the course of events he meets Armeena and eventually is married to her. With the support of his instructor, he goes to an international training where he meets Arun Virani( Hassan Niazi) who is an Indian pilot and had been in a encounter with Haris before as well. Starting off bitterly eventually the two become friends. However, later this friendship comes in line of duty but Haris overcomes it and shoots down Arun’s plane.

And that’s that. As I write it down, I am amazed at the incoherence of the plot and how it was all jumbled up on screen as well. While the first half focuses more on the cadet life of the pilots, 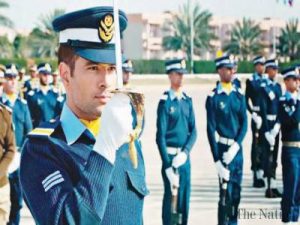 trying to protray a softer image of the boys in training, it comes across gross at times with those run of the mill jokes and situations that we have seen a million times, 2nd half is another story.

Mikal Zulfiqar as a young cadet isn’t just made for the role. Apart from the age factor and maturity which isn’t the demand of the character, one doesn’t feel for it as he should, he 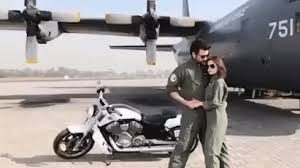 fails to deliver the emotion across the screen as well. Despite all the effort, the scenes that should have made our hearts burst with love for country, its just sad that how blandly they just pass by without invoking even a flicker of emotion. Hassan Niazi, in his brief role is definitely the only person in the movie who deserves to be appreciated but sadly he comes along and goes by so fast that we can’t even call him the saving grace of the movie. Sabeeka Imam and Armeena khan fall flat on the screen and don’t add value to even a single scene throughout. It would rather be said that their presence doesn’t even make semse at times. The songs are fine, ok may be but badly picturized. Kuri da thumka could have been a good shadi number but don’t try to watch its repetitive, overly acted video because its just too much to handle at once. The dance number /club song/item number was unnecessary and was just there because why not. The only thing that was worth watching in the movie were the plane chase sequences and the dig fights. The scenes were truly a masterpiece to behold and watch in big screen. Sadly it only happened twice in the movie and being an airforce based movie that’s really less.

All in all, we are adding Sherdil to the list of 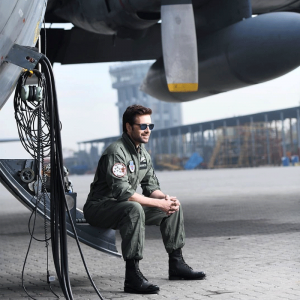 poorly made movies that we will never recommend to anyone. If you like watching good dog fights and plane chase sequences, than you might want to watch this but other than that don’t complain about story or screen play or the abruptness of the plot.