Abida Parveen needs no introduction. When it comes to spiritual music, she is the one name that comes into mind instantly. Giving some bone chilling compositions in the past, the signing legend is all set to take the sufi music to a next level through her YouTube series named as Bazm e Rang, specially curated and brought to life by Sarang Latif, who is the son of Abida Parveen. Making his directorial debut with an epitome of sufi music and some of the most famous names as Rahat Fateh Ali khan, Atif Aslam, Khamaj and many more, this series is something we are totally rooting for. 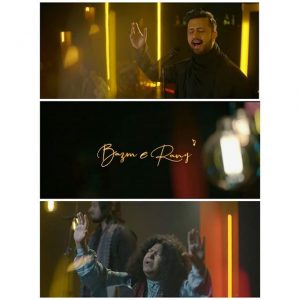 The Chapter 1 titled ” khayal se Khayal tak” is releasing this Eid ul Fitr and would be something never seen or heard before. The lyrics of the compositions are taken from the oldest poets such as , Hazrat Bedam Shah Warsi RA, Hazrat Baba Bulleh Shah R.A, Hazrat Shah Niaz Barelvi R.A, Hazrat Amir Khusro R.A, Hazrat Shah Abdul Latif Bhittai R.A which are greatest sufi poets of all time.

The compositions have been personally done by the sufi music star Abida Parveen herself and along with the vision of her son Sarang Latif, if we say the audience is in for an experience of a lifetime, it won’t be an exaggeration.

The first trailer of Bazm E Rang is out now on the official YouTube channel and it looks promising, which is linked below for you to experience yourself.

On our Radar : DUEROS – A Jewellery Brand with a...