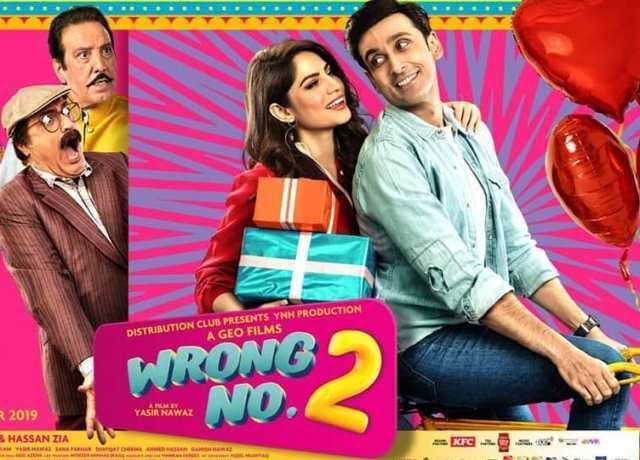 On the Third Day of Eid I saw this wonderful debacle of a film, the second local offering after a hiatus of over 9 Weeks post ‘Project Ghazi’. The second instalment Of 2015’s Yasir Nawaz’s Debut sleeper hit. That film scored good on box office and thanks to its moments in between. Similarly, in comparison to Chhalawa (the competitor) more jokes land in this one but is it a comedy rollercoaster? Deepest apologies that it is not. 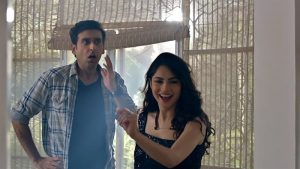 The supposed hero of Film had nothing to do at all, all through the film other than to turn down the Heroine’s love for him. It could have been understood if he didn’t have any feelings for her or even if he was holding himself back due to her upper class status but strangely he not only claimed his love from the first frame, he also dated her all through the running time of the film but still wasn’t willing to marry her even after the film was over.

Other than some really good moments, the laughethon that was desired, makes you scratch your head all along. I am willing to accept that those jokes might have looked good on paper but their execution made them boring, irritating and even bland. 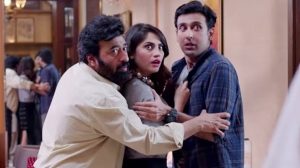 The Wrong-Number-ness was Ok, but everything woven against it was nothing less of a disaster. There were completely unrelated tracks that didn’t add anything to the story or even the environment of the film, it seemed that they were 3-3, 4-4 minutes of skits from a primary school homework writing from a wannabe writer, the kind that even Veterans like Irfan Khoosat couldn’t save.

Yasir Nawaz gave Himself a nice role this time and had almost more screen time than the hired Hero. Sana Fakhri played his wife and was on screen sometimes. Sami Khan, the poster Hero wasn’t even needed (first of its kind film where you can make a whole film without a Hero) But I guess he was hired to fulfill the credit’s list so he was there too. And yes how can we miss ‘Danish Nawaz’ and his one directional face making in the name of Acting, in this family franchise. Shafqat Cheema also had to perform the tedious moustache twitching and Ashraf Khan played his role to irritate at equal levels.

Now how one may sit for that long in that dark 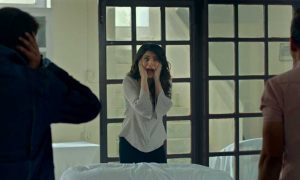 hall even after the above mentioned list made sure that you pay for the ticket and run away within half hour of its running so the cinema owner may play another show. At the top of this list is Aslam Mahmood, he not only took on a new accent but also applies a totally fresh tonal quality to his voice. If not equal even then Javed Shiekh matched him at every step of the way (you take them out and there is literally no film). Third in the race is Neelum Muneer, she brings in the desired Heroine Quotient and even excels as being one, she looks hot, desirable and even has her expressions right. Finally the person whose some jokes actually work in the last 25-30 minutes is Ahmad Hassan playing a douby-filled always high Happy.

hat can we say about it on technical grounds, nothing positive to point out there as well, Music needs a special mention, it was one of the most forgetful ever, shot in very strict budgets and doesn’t add anything.

After a brilliant recent drama ‘Dil Moum Ka Diya’, I was looking forward for a decent outing with Yasir Nawaz and Neelum Muneer. It had great story and what an OST but after watching the trailer my hopes died. It felt dated and ‘for the sake of it’ kind of a movie, and sadly I was right. I am afraid of such presentations because I fear that films like these might stop the audience to visit and spend some money on Pakistani Cinema that showed decent footfalls in the last decade thanks to Bollywood. Now as people have started coming back, I request filmmakers not to push them out again. Same kind of thing happened in early 90’s with Jeeva, Munda Bigra Jaye, Chor Machaiye Shor and Jo Dar Gaya wo Mar gaya. The makers of these films welcomed many people back to theatres but right before consolidation they sent them back with their ‘Humayun Gujjars’ and ‘Wehshi Haseenas’.

One final very nice co-incidence that I witnessed this Eid between both the films released is that they both had their females ready to run but boys remained reluctant, finally the fathers had to realise their mistakes pushing their daughters to the lovers, even the name ‘Zoya’ got its fair share.

This film will collect good cash (good for the producers) in this 5-Day weekend but from Monday, this ship shows some signs of sinking. It may score somewhere around 150-170 Million, which is a good number and indicate that there will be a third. Hopefully that is better than this one (won’t be difficult if thought out for even a week with serious intentions as the bar is already too low to miss)

Donkey King – Certainly NOT for children of all ages (Review)