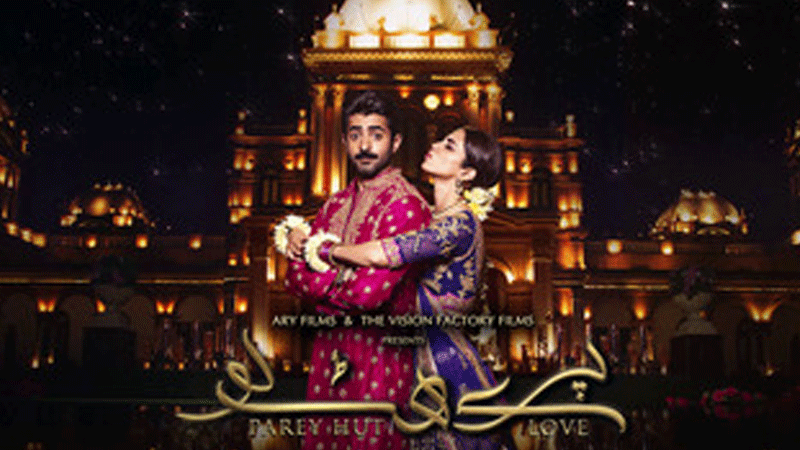 After months of promotions and mammoth hype, PHL is in cinemas now. Promised to be the most colorful and entertaining outing at this ‘consolidation stage’ of Pakistani Cinema, standing on the shoulders of big names and plenty of cameos, coming on the occasion of EID joined by Independence Day, suffers from the same problem as many of its predecessors, it lacks a clear storyline and thus the soul. It’s hard to be part of that world and feel the emotions. 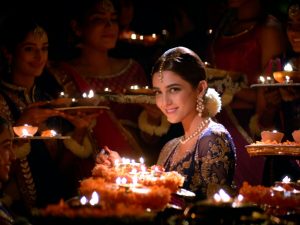 If a man due to any professional commitment couldn’t take your calls for a day or two, it means that all the romance that attracted you towards him, in the first place must be considered farce and you should move on, trashing him behind? And in this age of communication, without showing any serious attempt to connect or re-connect, it’s far too easy to loose a mobile and have all linkages broken, leading to letting go and wait, is again too much of a cinematic liberty to swallow.

The idea of dividing the whole love story of a ‘struggling actor’ and his distant ‘mesmerizing cousin’ into four chapters is an interesting idea that is completely over-shadowed by the huge flaws of their character-arcs and convictions. The male protagonist is running away from a permanent commitment because he is ‘unaware of his father’s reason to fail in the same role’ and the female protagonist’s reason to leave her ailing father alone to his motherland to fulfill a long-dead dream of writing and at the same time letting go of her ‘love’ for the sake of making the father happy, are too uncooked pieces of character dilemmas. The hero’s love touches sky-highs when in front of the heroine but letting his commitment-phobia taking over behind her back and heroine’s consistent green signals to the hero but having such a drastic and unbelievable reaction to a genuine ‘inability to take her not-so-important-love-call’ as a reason to break all ties based is a complete insult of the paying audiences’ logic.

Our script department needs a serious over-haul because this is where our films are suffering. Beautiful looking sets and eye-catching art direction, backed by good performances and nice music doesn’t matter if the story isn’t gripping in that dark hall. “If you don’t have anything to say, no matter how poetic your expressions are, you are not saying anything”. (Period)

Sheheryar Munawar, the hero as well as the executive producer, plays his role in one dimensional tone, intense yet unsure from the first dialogue till the last. It’s very difficult to see his growth while resolving his conflicts. Nadeem Baig Sahab has nothing much to do other than delivering a ‘poem’, that is the only place where you feel the presence of the legend. Ahmad Ali Butt has performed far better in his previous roles than this one, Zara Noor Abbas has to change her choice of roles immediately, she looks promising but has to let go her aunt as her reference point for every comic-expression, otherwise she’ll be limited to side-comic-roles and a ‘cheap-clone’ to the legendary Bushra Ansari. Mahira Khan looks beautiful and holds the screen beautifully but then there is not much meat in her role either.

Maya Ali, the one and only actor who makes the most of it, is the female lead. You can easily see her portraying different shades while projecting different emotions and after ‘Teefa in Trouble’, she utilizes this opportunity to show growth and variation. She is undoubtedly the show stealer. She looks beautiful, she acts well, she’s cute and sensual and has a good comic timing and when she has to be sad, you can feel it. Hina Dilpazeer was wasted. The cameos, specially of Meera with her parting joke will be remembered for a long time and then Fawad Khan, right after the interval looks more Heroic then the hero himself. They add a lot of value as they light up the screen. All others are ok.

By Technical crew, it’s a massive growth, especially Art Direction. PHL is the most expensive looking film of Pakistan to date and provides a beautiful world to be part of. Although it’s hard not to recall many bollywood-ish moments from Karan Johar, Sanjay Leela Bhansali and many other director’s cinema (even the Janaza scene looked like coming from ‘men in white’ of K3G), it still looks good. The cinematography department matched up the art department and clothes looked lavish and colorful, Choreography was good for all songs and performed exceptionally well. The Music is a winner, Azaan Sami Khan is the best thing PHL gave to the industry, and every song is a masterpiece in its own right specially Behka Na, Balama Bhagoora and Ik Pal.

Being the second presentation from Asim Raza as a director shows a huge growth from ‘tv drama’ to a ‘feature film feel’ but his choice of script let the house down. With so many other achievements, the backbone of the film is very weak. Secondly it is understandable that sponsorships need promotion but making your film ‘an hour long’ advertisement of a specific product takes away the whole charm, it never worked in Subhash Ghai’s ‘Taal’ and later offerings, it won’t work here too, not against it but it should be done tastefully and subtly rather than creating special scenes for the purpose (May Ali in Turkey from opening her fridge till outdoor).

Overall it’s an Eid release and made with big budget and presented after huge promotional campaign and it must work but due to weak story and uninspiring screenplay and protagonist’s inability to throw it out of the park, I don’t see it doing magical numbers. Films are written for a paying – critical audience who must be engaged through convincing conflicts creating a repeat-value and films stand on the shoulders of ‘Heroes’ but if these ingredients are missing or lack substance, how much money you throw and how much growth you show at other technical grounds, they don’t work. I’m afraid that PHL will not work for the same reasons. It may do good numbers during opening week, because of promises made pre-release via publicity but in the long run it will shrink massively. It will be a surprise for me if it does a lifetime of 300 Million, I see it doing half of it during it’s hot run.