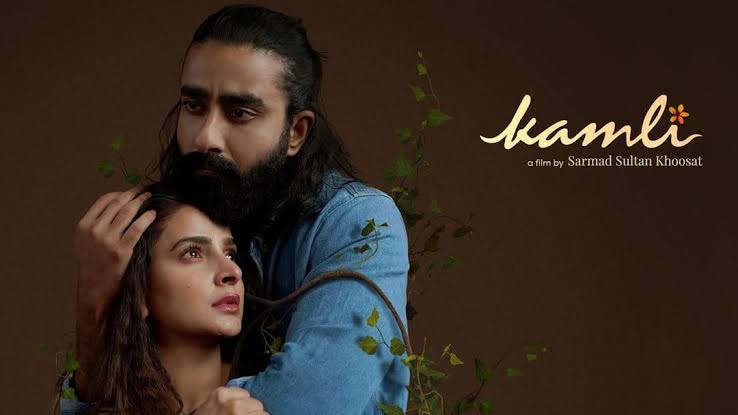 Much awaited Sarmad’s Kamli is in Cinemas now, after an ‘acceptable’ Manto and the Tamasha filled (yet to be witnessed) Zindagi Tamasha. Sarmad’s Kamli hit the screens in post Eid drying up period (a perfect time for an Indie to release).

Kamli is not “a leave your brain home”, commercial entertainer, that an average Cine-goer in search of escapist cinema may enjoy. This film is for classes, this film is for pure “Art lovers”.

Sarmad have created an abstract concept of a “dreaming woman” and layered it with illusions, elements of creation, raised a question on some social taboos, and above all decorated it with great music and acting capabilities of the available lot.

I would not talk any further about story as it is as hard not to reveal anything as it could have been at creation stages. And by all means it’s a worthy addition to “parallel cinema”.

So I’ll come directly to the actors. Sania Saeed stole the show with her impeccable performance. She doesn’t seem to be part of our ‘Cinema’ and performances like that have the ability to get our cinema recognised at world stage. If there was a global forum, she would have aced any final five list of Actors.

Saba Qamar, after a strong commercial and loud performance in GNH last Eid, has again taken the bar a notch higher in display of her talent. It was not at all a simple role, she was playing someone’s idea of a struggler who still has a hope to break the shackles and yes, she does that convincingly. One word to be added is “amazing” and by no means, she was a step behind her counterpart.

Nimra Butcha shows a Great Leap Forward from her “Churails” portrayal and was a great casting and she justified that.

The men in the film also performed well but in such a female-backed narrative, they didn’t have a lot of moments to shine out. Also when your brain is stuck between “towering performances” by Sania & Saba & Nimra, it is difficult to concentrate on others.

Another huge positive for the film is it’s music. It completely takes the narrative further and shows the elements and director’s depiction of them in melodious and ear-soothing way. “Naina” stands out and it grows on you within seconds. I remember humming it in my head as the film was nearing its climax. The best song of the film and one of the best songs out there in last decade. Reshman Ji’s piece makes you sad that she’s not there, but then, she’s in a better place, God bless her.

Light and cinematography were great. Till I cleared my own understanding of the narrative, I was not happy with light but when the story became clearer, only then I loved the color-tone of the film, so brownie points for the director and his technical crew there.

Editing and pacing of “Kamli” and the type of project it was, was nearly perfect.

Although everyone brought in their A game but Sarmad Sultan Khoosat proved that he’s the best “off beat” Director we have in our country today and he has the ability to make anyone run for their money for such kind of Hindi/Urdu language cinema.

No film is flawless but Kamli is as close as it gets. Great writing, beautiful picturization, melodious music and brain-engaging plot lines. It is an excellent watch.

On business front, being a “not everyone’s piece of cake” kind of film, Kamli might show some low numbers but films like these do great on other platforms too, so the producers of such products remain safe in the long run.

I rate it 4.5 and it will recover all costs associated to it, even bring in healthy pay checks once it goes global.

*Guest post by Ali Tanveer Author has a major interest in movies as business as well as movies as the art. He reviews films based on their script value and market potential 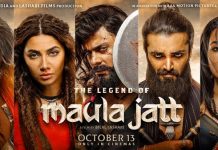