If one has to review TLMJ as a Pakistani Film then there is nothing to say about it because in that scenario all others cannot be called films. If others are ‘the Pakistani films’, then this doesn’t seem to be one. Bilal Lashari with his second cinematic outing have taken such a leap forward that it may change the whole nation’s film-viewing sensibilities and expectations the way “Lagaan” and “Dil Chahta Hai” did for the neighboring country over 2 decades ago.

This film will write the future of Pakistani Cinema and I am really scared for all those which are either ready or are in production because after watching this one, public will demand bigger and better. How that can be done is a daunting question. The Mela of Superstars Fawad Khan, Hamza Ali Abbassi, Mahira Khan, Humaima Malik, Nayyar Ijaz, Shafqat Cheema, Gohar Rasheed and Faris Shaffi. You can’t get bigger than this. I didn’t forget own Saioni’s Mega Star Ali Azmat from the mix but not in a single frame he look and sounded like one. This is what we call Cinema and this is how you bring people back in large auditoriums in numbers and justify premium ticket charges. You have a product to show for.
This film saw all kinds of delays, and many thought that the team is scared to bring it out, I was among the skeptical who believed that after edit, the team feels that they have a dud after spending the unprecedented budget for the size of our market and wouldn’t want themselves to release the film but that was all wrong. Bilal Lashari as a director and producers have waited too long after completion with all the patience in the world but after seeing the film it is clear that they knew what they had in the kitty and they knew that whenever they will come, they will be decades ahead of their times.

What can be written for technical aspects of the film? It is an institution for all the concerned departments, one to be taught as syllabus for film degrees. Be it any department from Script to Cinematography to action to wardrobe, it is worth to be quoted for the relevant subject.
Nasir Adeeb screamed at the top of his lungs that he’s a film writer and what a writer he is. Re-doing his own product from the past, he wrote a completely different film within the sphere and spirit of 1979 Original. This is more engaging and not loud without any rhyme or reason but the motivations are natural and subtle.

For me Humaima and Rasheed Gohar stole the show, although Hamza is the close second. Fawad looked the part but the weakest link is the role provided to Mahira Khan, she didn’t have much to add in the story. She has proved herself in the past so this time it seems that she just pitched in to be part of this mammoth project. (Even Jia Bachchan of Sholay had more impact)… All others just wore their roles and carried them to the climax.

Overall it’s a must watch and a 5/5 film. It’s nearly perfect theoretically and practically… Kudos the maker and now the followers would have to up their game too because “Maule nu Maula Na Mare te …….” 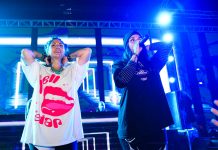