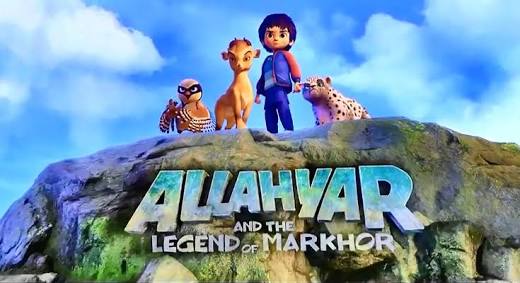 Phakistani Film industry has been quite under the weather lately with giving only a few good movies in the past years that you can actually count on fingers. While there are hardly any good ones being made for adults, there is no point in complaining about lack of any movies for children. However, 3rd world studios and Ary Films joined hands to bring animated movie Allahyar and the legend of Markhor to theaters and we are glad someone thought out of the box finally.

The story of Allahyar & the Legend of Markhor revolves around Allahyar, a little kid from 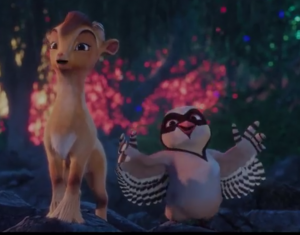 the northern areas of Pakistan who finds his courage along the way when he is abducted and makes friends with a little Markhor (Mehru) , a Chakoor(Hero) and a snow leopard (Chaku) in the valleys. The movie focuses majorly on the problems faced by the endangered species of Markhors ( the national animal of Pakistan)and the now extinct snow leopards due to their illegal hunting.

There is so much to love about this movie because for once you feel like there has been genuine effort put in the movie from its story to character development to finesse of animations to the music, it’s an absolute delight to watch. Being someone who absolutely loves watching cartoons and hardly ever misses an animated movie, this was in no way less than the movies I have seen before. The way the movie takes you through the lush green lands and the whole journey of Allahyar is studded with some hilarious moments is amazing. In a way its very educational for our kids to introduce them to our national fauna in an interesting way. I am sure after watching this movie, the kids are going to look up for Markhors, snow leopards and chakors and find more about them. The movie also touches the subject of illegal hunting and how it affects many lives which I think is something never talked about before.

The music of the movie came as a total surprise because its melodious, its catchy and has total repeat value. While they paid a tribute to our legends Nazia Hassan and Zohaib Hassan through “Muskuraiy Ja”, the closing track “ Allah Allah Bol” is something that’s on my playlist ever since I watched it.

However, nothing comes without flaws, Allahyar & the legend of Markhor definitely had a few loopholes too. One thing that somehow put me off the whole experience was the undue tackiness or the dirtiness of the humor put in the movie . I seriously fail to understand that why our filmmakers are hell bent on putting out dirty acts such as belching or farting as something to be funny and be laughed at . Such scenes ,even in movies for adults come across disgusting and make people cringe ,then what’s the point of putting such humor in a movie that you are making for children. Definitely taking down a point or two from otherwise good movie that I personally enjoyed.

Nonetheless, its a great movie to watch no matter what your age is. You are going to love it, from the witty remarks of Hero to that little banter between chaku and mehru. It fills my heart to see people taking up steps to actually make cinema some place

where you can take your kids and have a good time together. Go watch it with your kids, nephews, nieces, kids of the neighborhood or just yourself, I can guarantee you would come out of the cinema with a smile and a fuller heart!

Motorcycle Girl- A Story for the generations to tell (Review)