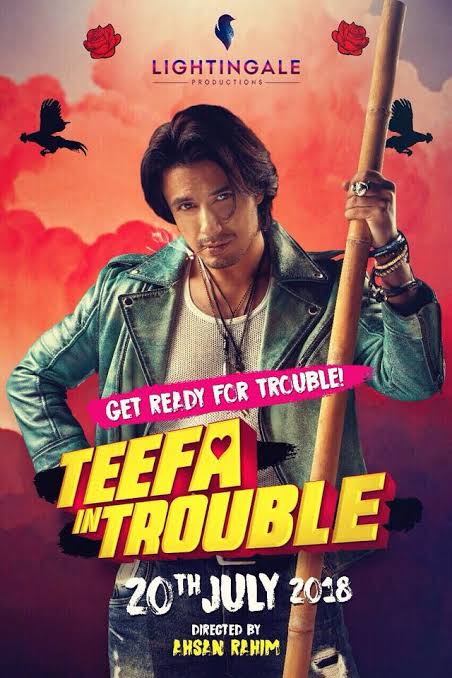 Ahsan Rahim is not a new name in the entertainment industry with many iconic TVCs and Music videos on his credits, he really doesn’t need an introduction. First Lux style awards Best Video Director winner and one time nominee is someone who is always behind an amazing TVC that never fails to make its mark. Being the one behind Ali Zafar’s first music video ” Channo”, now he is venturing into the field of movie making with lollywood debutants Ali Zafar and Maya Ali with Teefa in Trouble, it got us pretty curious that what this extremely talented bunch is upto together with a debut movie. With the release date set to 20th July, we sat down with the Director Ahsan Rahim for a quick chat to get to know more about 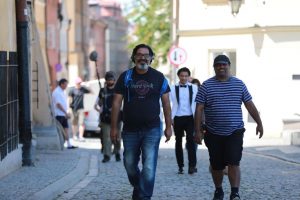 the movie and the idea behind it.

1. This movie is your directorial debut in cinema, what made you take up the project?

Ali and I go back long way and have a very strong connection both personally and professionally. So it won’t be wrong to say that I took up the project mainly because it was his project

2. You and Ali zafar go way back to “Channo” times, then various other projects, how different does it feel working together and making a debut in lollywood together?

Working with Ali is always a pleasure . He is hard working and zero tantrums . The shoots are always fun with him. This is very rare thing in our business.

3. Till now TVCs and Music videos have been your forte and people expect nothing less from you when it comes to direction, 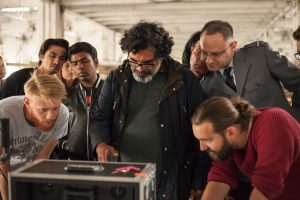 do you think you have made a movie strong enough to meet all those expectations?

I have not made the movie for expectations I made it for myself. I am hoping the audience will love it as much as I loved directing it. It’s cinematic and fun.

4. Lately we have been seeing a trend in Pakistani cinema to schedule the releases on or around Eid or holiday season. On the contrary you have chosen a pretty no-festive dates to release the movie. Do you think its going to bring people to cinema?

Right now the situation is no movie has worked other than Eid . So I’m sure a producer is always afraid to lose money and that’s why multiple movies released on Eid ul Fitr and multiple big movies are releasing on Eid ul Azha and to be honest, I think this is going to affect 2 out of 3 movies . As you saw all 4 films suffered this Eid too.  I believe we have a nice film made with lot of hard work and love and the promotion and songs have been liked by the audience a lot and Nadeem Mandviwalla is a fantastic distributor with huge experience and he believes in the product so I am confident the non Eid day curse will be lifted and other producers in future will not be afraid.

5. The trailer is amazing, the music is foot tapping but what concerns us is the story since that’s what we lack lately in our movies. Do you think you have a strong narrative and execuion of the ideas to make it a successful movie?

Well story is one thing which is lacking in our films but it’s also screenplay and that is because film industry was shutdown for many years and it’s a very young industry trying to evolve so I’m v hopeful that in coming years there will be new blood with new ideas and execution. The stories will improve. Right now I don’t see any film Writers at all. I see beautifully shot movies but no story. But I Guess we will fall and then we will rise. As far as Teefa is concerned we have tried our best to keep the story engaging and interesting. Let’s see if we succeed.

This was a little chat with the director of the much awaited movie of the year TEEFA IN TROUBLE  coming to cinema near you on 20th July. While the team gears up for a roaring start, we have been able to sit down with Ali and Maya and would be bringing an exclusive interview for you guys soon.