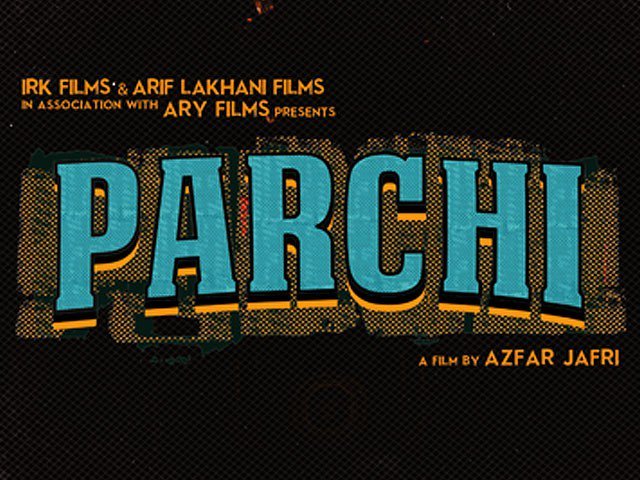 The past year was kind of disappointing in terms of good movies and only a couple of movies were good enough that we left the cinema with a feeling that it’s going to get better next year. It’s been a while that we have defended our film industry with the reasons like its still evolving and in juvenile stage, I guess for past decade this has been the reason that we never spoke against it rather kept on supporting it .Apart from the rant, we were kind of excited about the new year this time just for the fact that the opening movie of the Year was going to be PARCHI, which was by one of the most amazing team out there from production to direction to the star cast (for reference the same team that has made Janaan and Siyaah).

Made under the banner or IRK films, starring Hareem farooq, Ali Rehman Khan, Usman Mukhta and Ahmed Ali Akbar to name a few, Parchi touches the subject of lack of law and prevalence of thugs in our society who rule over the general public. The story revolves around two brothers Bashir Ahmed aka Bash (Ali Rehman Khan) who is a small time thug and Bilal Ahmed (Usman Mukhtar) who is a simple office going guy. The story takes a turn when Bash gets in trouble with the local gang and is given 5 days time to return their 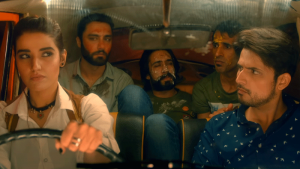 money. In that very moment they seek help from a strong woman Madam Sahb/Emaan played by Hareem Farooq who is also on a look out for a weak link to bring that gang down. Now the story further proceeds and there are interesting twist along the way.

Sounds interesting, no? But guess what, it isn’t interesting on the screen one bit. Yes you heard  it right. While I walked into the cinema all pumped up to hoot and scream my lungs out, i walked out of the cinema after 2 hours and 15 minutes as quietly as I had walked in. While we wait for that amazing plot twist to happen we are dragged down an utterly disheveled 1st half with extremely dry and forced humor, no character development and throwing in most random people and ideas. The scenes are dragged to the point where you actually want to scream ” Yeah I get your point, can we please move on to the next scene?”. In my opinion, humor had been the Forte of the this team in particular but this time they failed to put in that spontaneity that just hits the right cord though there had been many moments where there was so much margin of doing it. 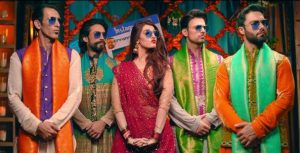 came out. But to my utter dismay, it was thrown in all towards the end (almost end) of the movie and by that time your are actually tired of it already. Also Imagine is a beautiful song with a dream sequence and picturized pretty well, my only beef with it is why is it thrown in so randomly  while it could have done much much better after a little development connection among the characters.

All in all, even though the movie has been picturized pretty well and the concept behind story, even though quite touched recently, is dealt in quite a different way but somehow it lost its essence mid way while they tried to put in forced humor and comical situations that weren’t even needed. It would have been executed in a much much better way had they focused more on the characters and developed their stories along the way . Usman Mukhtar and Ahmed Ali Akbar, with their flawless comic timings, were the stars of the movie for sure however Ali Rehman khan kind of disappointed me with his exaggerated expressions and a bit of over acting where it was clearly not needed.

After all this, I don’t think I really need to rate it but it’s a definitely 2/5 for me that too because I loved the opening credits and a couple of good scenes that pulled me through the whole movie. Not something that you would ever regret missing out on just in case you are not sure yet. I wouldn’t recommend you to watch it either. 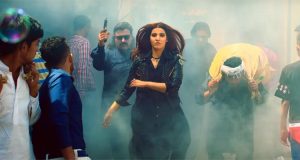 How much inspired is your Lawn Ensemble this season?