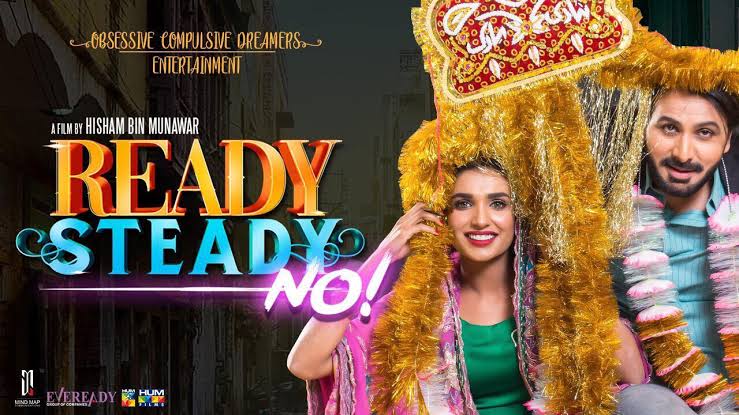 Recently, there has been a dearth of good film releases, given that everyone wants their movie to be a Eid release and for good reasons too. Amid this, the Obsessive Compulsive Dreamers decided to put their Amna Ilyas & Faisal Saif starrer READY, STEADY, NO! on the screens and we wouldn’t have asked for a better timing. 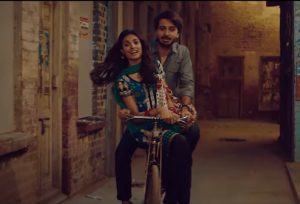 Ready, steady, NO! is a story of a young love struck couple Razia (Amna Ilyas) & Faisal ( Faisal Saif), who aren’t related which makes their marriage impossible in the eyes of their parents. Both rebel against the cousin/caste marriage system and plan to elope together ending up in such comical situations that just won’t let their nikkah happen. Whether they succeed in proving the power of their love or society just tears them apart is for you to find out.

Coming to the performances, with a spectacular caste of Ismail Tara, Salman Shahid, Nayyer Ijaz and Nargis Rasheed, it is understood that one just can’t go wrong with them. Marhoom Ahmed Bilal stood out as Billu Butt in Teefa in Trouble last year and he lived up to the expectations once again as the makeshift Lawyer. His comical timings are quite hilarious and he definitely stood out among all. Amna Ilyas being the star lady, basking in the success of her recent release Baaji, is phenomenal as the naive Razia, who has no worry in the world, is outspoken, bold but innocent. We are definitely rooting for Ilyas to see her in more projects in future. 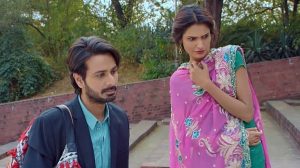 The movie set in Inner Lahore definitely gives you all the feelings of home (if you are from Lahore that is) . Everything looks raw and relatable. It isn’t a movie that needed glamour or any fancy wardrobes or even locations, its a movie set in our homes, our society and our minds. Talking about a very gory topic of cousin /same caste marriages yet keeping it light, I would definitely give it to the debutant director Hisham bin Munawar for handling it beautifully. The movie touches on the topic least talked about yet widely prevailing.

The music of the movie is, however, a bit passé if you ask me. It looks good in the situation, you might want to remember it but it isn’t something I would keep in my phone or my car playlist. Some of the situations created would have stayed very interesting given their length was shortened to make the movie more crisp. Unnecessarily dragged situations made the fun factor lower down by many degrees but hey! We have yet to see a flawless film that ticks all the boxes, have we?

All in all, being a debut director with a fresh cast of Amna Ilyas and Faisal Saif (It was Amna’s first project, Baaji being second but it released first), this is a commendable effort. The story and screenplay both look amazing. We loved the grasp of things that Munawar provided us in his very first project, depicting alot of potential to grow and learn.

We liked the movie and many moments among the total of 100 minutes of screen time.