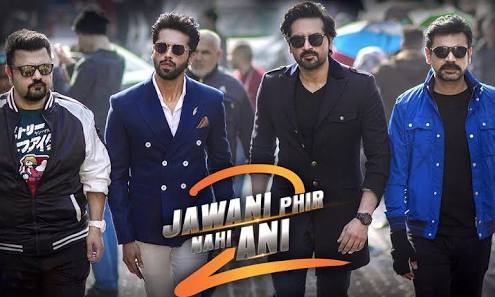 Jawani phir nahi aani has been one of those defining movies for Pakistani Film Industry in the past couple of years that people still remember. Since the multi star studded prequel got so much recognition, a sequel was bound to happen and that’s what we are talking about today – Jawani phir nahi aani 2. The multi starrer sequel is all set to release on Eid Ul Adha, here is our take on it : 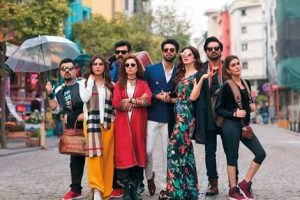 (Ahmed Ali Butt) brother in law Rahat (Fahad Mustafa) calls him and his friend Sheikh (Vasay Chaudry) along with their families to Turkey to meet the girl he is going to marry, played by Mawra Hocane. While being dazzled by and skeptical of Rahat’s lavish lifestyle, Sheikh & Pervez meet Sherry (Hamayun Saeed) once again who is determined to take his life after his wife passes away. During one such attempt he meets the character played by Kubra Khan and things take a drastic change. Rest of the story is how Sherry tries to win over Kubra Khan and how things get crazy for Rahat.

Even though the star cast is huge given our standard movies, screen time given to everyone is enough to get the character development right and then sustained throughout the movie. However, in our 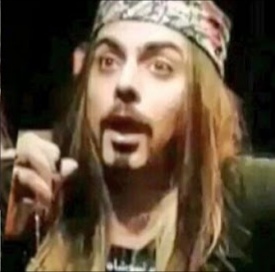 opinion the cameos played by Fawad khan and Hamza Ali Abbasi could have been done better because they added nothing more than running time in the movie. Fawad khan’s appearance could have been a home run which was perfect ruined by the awful role play by him. 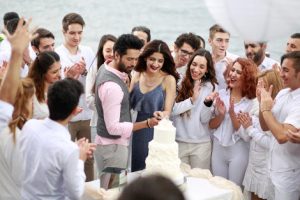 Jawani phir nahi aani 2 is remarkable. With flipping through scenes, it keeps the audience engrossed and never let’s them loose their interest for a moment. But still there were parts that tend to drag longer than needed and make you question the need for the undue humor and gorry details.

Even though we want to write good things about the play list offered by Jawani phir nahi aani 2, but sadly we can’t say much because none of the songs have the repeat value we needed. The tunes are flat, the lyrics are repetitive and somehow you feel you have heard them before. The title song Tillay wali Jutti is just a repetition of few lines and even though Arif lohar’s voice lends the depth to it, had it more variations in the lyrics, it would have been a winner for us!

For a festive season release, I believe the movie is a good one for a one time watch. The cinematography is beautiful, the 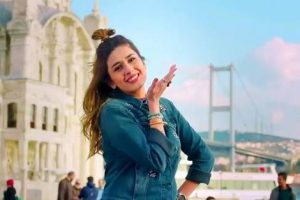 picturesque beauty of Turkey is well captured, the songs are well choreographed and some of the humor is really good. 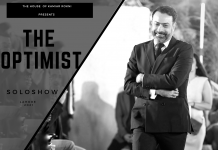