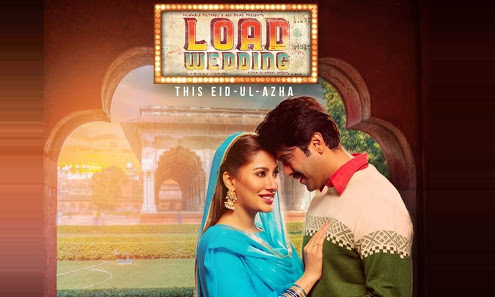 The holiday and festive season all over the world is always the crux of major releases and its no different here in Pakistan, rather I would say our Eid holidays are always chocked with big budgeted movies and rest of the year is almost a disaster. This eid ul adha its again the same scenario with 3 big movies releasing together, one of them being Load wedding from the makers of Namaloom Afrad and Actor in Law. The trailers and the promotions had been so great that we were counting days till we can actually get to watch it. So now that its done and dusted, here is our take on the movie. 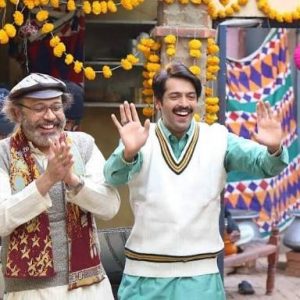 society,of every other family out there. It revolves around Raja (Fahad Mustafa), Meerab (Mehwish Hayat) and the hardships they face to keep their head high in the society that never ceases to  degrade anyone. From highlighting how a widow is blamed for all the misfortune, to the taboo of marrying her, the undue delaying of marriage of sons until the daughter gets married and then the burden of dowry the family has to bear is all what Load wedding is about.

the highlight of the whole scenario and I must say that she actually brought the character to life perfectly portraying the dismay and frustration every girl has to face as soon as she crosses her 20s. The other supporting cast plays beautifully well and never gives the impression of being the side cast rather each one delivers to their fullest 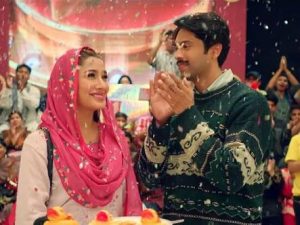 very light hearted way. It makes you laugh at and feel for the characters at the same time. In multiple ways the movie is very relatable to the people be it the social stigmas or the awkward situations. However, it might get a little preachy to some people’s likings because usually we aren’t looking for a serious lesson when we go to the cinema but I would say the way such a serious narrative has been translated to screen is commendable. The on screen chemistry between Mehwish and Fahad is beautiful, the cinematography is beautiful and everyone gets an ample screen presence.

The stronghold of the movie has to be its music because there are so many songs that’s have a definite repeat value and totally hummable. From wedding number “Munday Lahore de” to a soft melodious 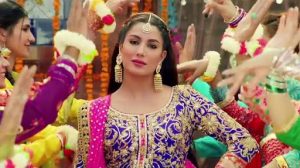 version of “Kooch na keren” to a total leg shaker “Good Luck” we are in love with the music this movie has to offer.

One of the things that’s been bothering us is the slow paced second half where the it looses the grip over audience due to quite repetitive and overly done scenes which in my opinion could have been done better.

However there is always a chance of improvement in everything and you can’t get everyone to agree on one thing. Overall I would say it was a great movie to watch with  amazing music, some really good humor and definitely a lesson to take home. Fahad and Mehwish are a total delight to watch on the big screen. Its a great movie to watch with your family and friends and definitely it’s #barieidkibarifilm! 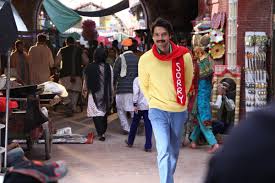 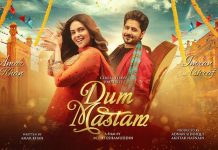