With fourth offering, when the most experienced team in the business announces an EID entertainer almost a year in advance, you start anticipating an Epic with sky-high expectations. You want it to be the best movie of the year but with deepest sorrows and heavy heart I have to say that it was the worst film of the last 3-4 Eid Releases. 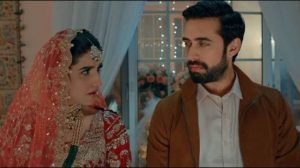 There is not much to talk about but to forget what you have seen. I felt it’s trailer to be a little cold, a continuation of last Eid’s “runaway brides-show in cheesy sneakers under a masterful wedding dress”. But then you are willing to keep your eyes close expecting a rom-com genre that will make you laugh around a heart touching romance. With the release of songs, I started feeling that it will be a bad movie. But when 2-3 days before the release, Hareem Farooq, an otherwise talented actress , in an interview tell you to “start owing our Cinema” I started wondering “how bad it could be?”

In that dark hall, I was not disappointed to find a complete rip-off of a film, the only bewildering element was the scale at which it failed.

A story-less, screenplay-less, dialogue-less, Music-less, editor-less and even Director-less film is what I found in Cinema. If these are the type of films that are coming out in this crucial “consolidation stage of Pakistani Cinema”, I really wonder how soon we will succeed to sink this ship again?

I waited the whole first half for the film to start and get to a point but it refused flatly. In one hour when the intermission I wondered whether there were some conflicts that would be resolved or not? I failed and once the lights were off again, I again waited it to start but HMJ as film seemed to follow its pattern of not engaging the audience again in the longer and poorer second half.

Irritating dialogues in the name of jokes and long-dragged scene and even lazy action seemed so frustrating that at one point of time I thought that these lights will never brighten the hall again and film will even refuse to end.

Now when nothing is written on the papers, how can an actor hold you with his performance and charm? Rehman, otherwise a serious contender of top place and becoming a superstar, had nothing to do as a performer because the director seemed to have no clue where the pages were taking him. In a forced comical scene, we know that the protagonist is wrongfully diagnosed with Lung Cancer, now you sit back and start knitting your head space around this idea but in 10 minutes, the hero along with the viewer, both forget this dimension of the role. Heer, at the start seemed ‘not to know him’ jumps at his car and makes him a confidant, also revealing that they shared a past due to which “Heer isn’t accepting” hero’s constant appeal of forgiveness. The first half gets over and you are now forced to gulp-down the reason. The heroine, the Heer plays so cool, till that issue arises that, with her performance alone, she takes away the pain out of that event (you wonder how can a person be normal after what happened). 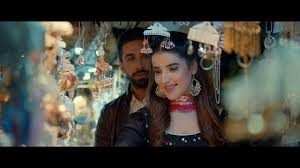 The Villian without any good reason and even urgency, is trying to follow the Heer who is at large and although his screen persona makes him a dangerous man, he doesn’t do anything substantial but to make odd faces. The killer of the head of the family with no serious repercussions and an ideology of that 70’s misogynistic approach doesn’t create an impact (I wonder even for the feminists, does his “Aurat Ko Daba Ke rakhna, even an applicable issue?”

Other than the thematic slow song, everything falls flat and there is nothing to talk about. A fun-loving “Geet from JWM” reacts as any melo-dramatic “Lalita Pawar” Of 70’s and 80’s at will without any rhyme or reason and “Anand” trying to be “Cool” is what you get.

The side-kicks try hard to make the environment funny but all major supporting roles fail at different scales. Most of the ‘shot-taking’ is regular stuff with no-technical innovation, I didn’t find anything to mention (the lesser – the better).

Hopefully the team will do a serious thinking and start again because they know how to make a movie, all they need is to try a good one now.

Promoting a sponsor is one thing but making a TVC within a screenplay with a recipe just to promote a partner is next level. It’s a film, not an ad with a 2 and a half hour story.

I won’t be surprised if the film couldn’t get its marketing expense back. It may enjoy a good run during the holidays but can this collect a lifetime of over 100 Million is a big question?