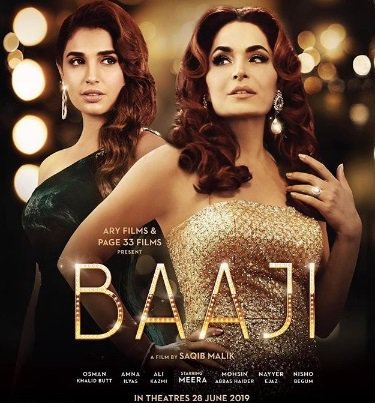 4th Weekend Down the line from EID Came a Real Deal. A Solid Film Baaji that can be called ‘One of the Better Ones’ ever.

With a Debutant Saqib Malik at the Director’s Chair and a Veteran Meera Ji as the ‘Catalyst’, a talented ‘Protagonist’ Amna Ilyas telling an autobiographical account with support from Osman Khalid Butt and Ali Kazmi, works big time. There is a story and there is a soul of the film and it can be said with pride that the ‘word’ is ‘transformed’ on celluloid brilliantly. 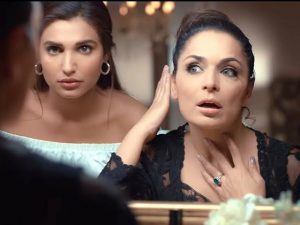 A Film must have the power to take its audiences to its ‘make-believe’ world as smoothly and conveniently as knife passes through warm butter and Baaji does that appropriately. It takes us to the world of celebrities, their ‘insecurities’ and ‘needs’ and ‘expectations’ and ‘self indulgences’ and their ‘mid-career-crises once their time starts turning against them’. At the same time it draws parallels to commoner’s deep desire to be the part of it all. ‘Fame & Success’ has the power to suck us all in, be it a ‘Masseuse’ or ‘mobile mechanic’, be it ‘talent’ or ‘couch’, everyone wants a wet beak – everyone wants to ride the escalator.

To show us that Saqib knits a world between ‘Shameera’ and ‘Neha’ and to make it realistic, who could have been a better option than our very own Scandal-Prone “Meera Ji”. All of us have in some point of our lives discussed or laughed at her attempts on 2nd language (May be 3rd or 4th), and her marriage/Nikkah Drama, and her greedy attempts to be called an International Celebrity and even her ‘social-media clip’ and Saqib has gathered all that and built a beautiful story around that material. (Seems like our version of Sanju to show what Meera has gone through) And he made a hell of an intelligent film with that material, showing all and entertainingly. 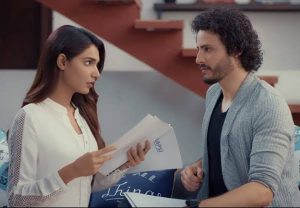 The Angle Of Protagonist comes from the “Madhur Bhandarkar’s” school of Film Making. Intentionally or not, Saqib’s film has colours of that school but I gladly claim that it’s better than them all (Specially ‘Heroine’ where Kareena was shown to go through many similar instances) and that poor ‘Girl Next Door’ Character is played by Amna Ilyas. She was tailored made for this one and once she starts telling her story, your 130 minutes start to fly. She looks her part and acts brilliantly. 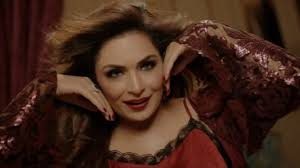 Ali Kazmi was ranging around average and above, Nisho Ji was ok but Osman Khalid Butt seemed fatigued. Playing a character inspired by ‘Giacomo Casanova of Italy’, he lacked conviction and motivation in his character and so does that shows on screen, a half baked character played as lethargically. What can be said for Mohsin Abbas Haider, he’ll need another role to prove himself.

Nayyar Ejaz was the real show-stealer in the middle. He was the best Actor in the film, never out of his skin and nailed it to perfection. Cameos bring smile on face especially the last one that came in the last minute.

Music was good during the run time but not of a quality that you come out of the hall humming. The party songs were good and choreographed well, ‘Ganster Gudiya’ can only ignite mixed feelings (you want to enjoy it but …). Cinematography was excellent, the canvasses looked beautiful mostly, Lahore looked a clean and modern city. Dialogues worked in the favour of story and were engaging. Editing was ok too (could have been tighter and could have cut some lengthy scenes and some fillers as well). 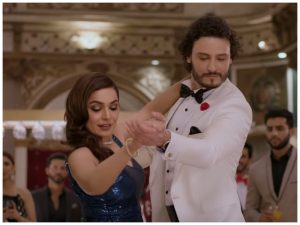 It’s not a flaw-Free film, you will have to ignore the first 10 minutes of Acting from every actor where they seemed figuring-out their space and scale (I will name it Director’s Anxiety, where he might as well was looking for the right-tone for all his characters) but right after that it becomes a laudable film.

Classes will majorly love the film but the ‘crasp and crude’ humour that Masses are mostly looking for (and we call it escapism) was in lower dosages. The song between Meera and Amna may satisfy them and the references may amuse them but that’s it.

It is one of the best ‘Drama’ Films presented by Pakistani Silver Screen that must do good numbers (somewhere in North of 120 Million).

In terms of content, it’s a MUST WATCH, if it was an app from App Store I would have loved to rate it 4/5.

Wrong Number 2 – ‘A Leave Your Brains Home’ Comedy Turns Out to be...